You are here: Home » Puerto Inka Resort: Beauty and the Beast 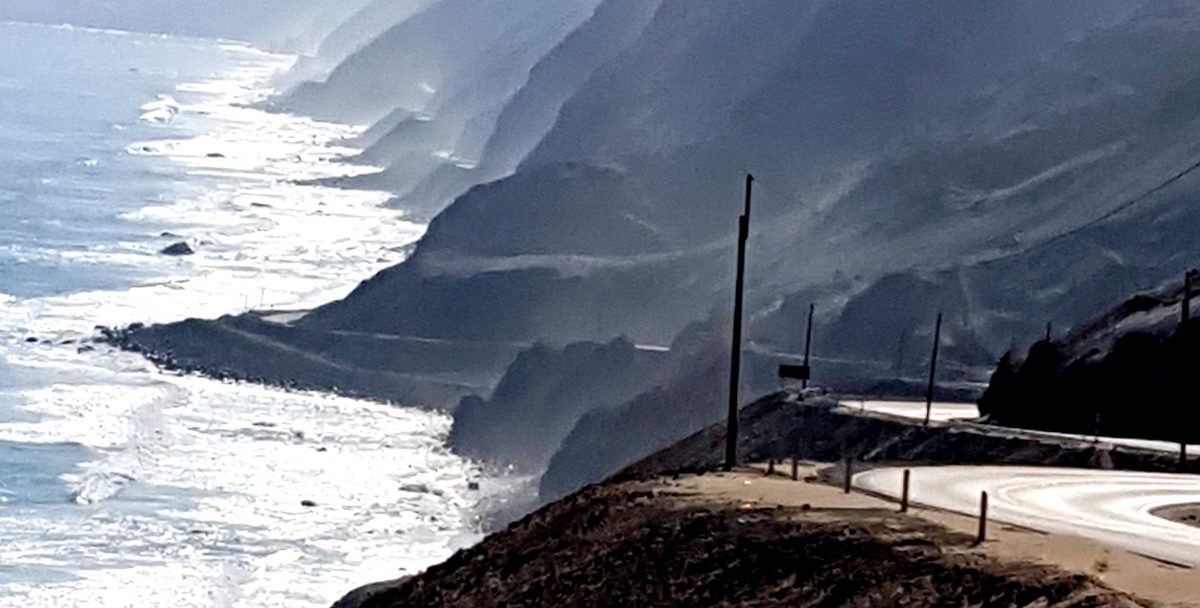 Puerto Inka is a small Resort near Chala, Peru. It has charm with upscale accommodations and a beautiful cove with a beach on the Pacific Ocean. It was a tranquil redoubt with the waves quietly washing up the beach. That was until Rodney irritated Rita.

After saying our goodbyes to Julio we retraced our route out Colca Canyon. We then traveled back across the desert to the Pan American Highway then turned north. After 199 miles we  turned off the highway to a dirt road which deposited us at Puerto Inka Hotel. 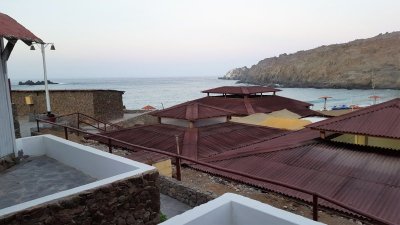 We settled into our rooms then enjoyed a sunset and mild evening on the patio or strolling the beach until dinner.

Dinner was followed by pisco sours on the large patio outside while watching the evening’s impromptu entertainment. The entertainment was a comedic conversation between Rodney and Rita.

We discovered that Rodney is a professional comedian. There had been hints of this our first few days. He often turned common-everyday events into hilarious stories. He also delivered one liners like a Henny Youngman protege.

Rita, on the other hand, is first-generation, no-nonsense Irish.  When Rodney tried to get on her good side with complements she rebuffed him. They then fell into an evening of bantering. Rodney would say something nice (often taken wrong by Rita) and she would respond with an insult. This kept the rest of us laughing with her acting as if he was a charlatan and him unsuccessfully convincing her he was not. 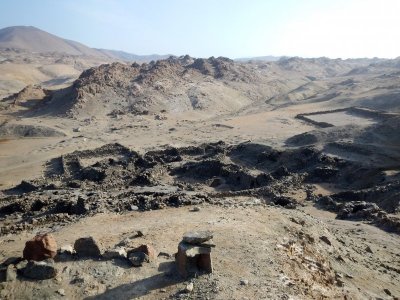 After breakfast the next morning several of us hiked up to the Inka ruins behind the hotel. During the hike we were met with some excellent views of the lodge and coast line.

After our return it was kickstands up and back to the uproar of road noise and wind of high speeds on the Pan American Highway.