You are here: Home » Miscellaneous 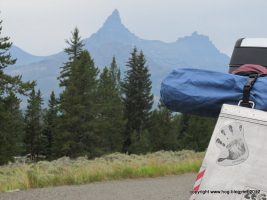 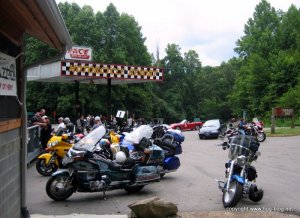 This just in…
About.com has listed the 15 best motorcycle roads in America. As with all lists of this nature, I doubt anyone would agree that this is a conclusive list or in the correct order. Regardless, in my experience, it’s a good list. 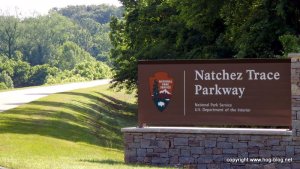 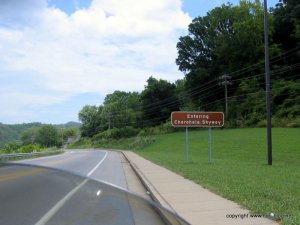 I use Picasa to edit my photos when I’m being lazy and have a lot of photos to do. It is easy editing. I can apply simple filters, crop, add captions on the fly, and finally export to optimized size and quality. It has worked great for me over the years.

I also use GIMP which is an excellent (free under the GNU license) photo editor. I believe it does a much better job of enhancing photos, but more complex and time consuming, so I use it when I have the time or need for better quality.

As a part of the site theme renovation, I needed to re-edit the 2014 “You Can’t Go Back” ride photo galleries. Some of the galleries had 40+ photos and some had 10. I wanted to balance the number of photos in each gallery so, decided to use Picasa for this since my focus was on getting the job done.

First step was to evenly redistribute the 300+ photos for the ride to folders in Picasa. I then began uploading the folders to galleries via the NextGen plugin. The problem I ran into was the captions were not uploading with the photos. Actually, all the metadata/exif data was stripped from the files, but I was only concerned with the captions.

At first, I considered redoing all 300+ captions in WordPress, but that would be time consuming. Instead I spent a few hours researching the problem on Google where I found a couple of vague hints that the problem might be with the plugin itself.

In a last ditch effort, before adding the caption manually, I turned to trial and error. I discovered that if I set NextGen Options to resize the photos, it stripped the metadata. If I resized photos in Picasa and  turned off the resize option in NextGen, the metadata remained intact. Ghah!!! So simple, “…like the jitterbug, it plum evaded me!” (Jimmy Buffet, “God’s Own Drunk”)

Whew!!! I Worked all morning trying to fix tables and lists in the twenty sixteen theme. I actually broke a couple of other items in the process and spent most of my time trying to find and repair the offending code. It took much longer than expected due to, what a friend of mine calls, a rookie mistake.

END_OF_DOCUMENT_TOKEN_TO_BE_REPLACED

After about three weeks of working a few hours a day and most of today, I’ve revamped the blog. I’ve upgraded to a responsive theme and to

There is still plenty of work to do but the blog is largely complete. Some links still need to be added but most are included.

I also have more to do on the color scheme and fonts.

If you see something amiss or have suggestions, leave a comment below.

After testing the new-responsive theme on my local server, I’m now ready to start implementing it on the “live” blog. Some oddities will occur during the process:

Still updating the site. I successfully created my development site so can now continue posting and continue adding stuff to the live site. So, here goes…

The Bad Teachers have been to the new pub in Kennewick the last two weeks. It’s a Brew Pub so they often run out of whatever brand they had the previous week.

When we ordered beer, at this and the previous visit, the experience were marred by, “We don’t have that brew anymore.” For guys like Norm this was a death knoll.

On the recent visit to this Brew Pub, when George asked, “What should I have next?” Norm answered, “Why don’t you ask for something they have?”

Before embarking on the change of theme and adding menus to the blog I needed to setup a local site on my pc. This was needed in order to prevent breaking the live (online) site while tinkering with the theme, database, and other potentially hazardous items.

The process for creating a localhost (development) site:

First I tried creating a staging subdomain on my host server. That was pretty easy using some good resources online.

A problem immediately arose in that my host followed up the installation with a notice that I was seriously over my storage limit. I had too many photo galleries. I could have merely deleted some galleries, keeping a few to testing, but chose to create a local server instead. That way I wouldn’t have to pick and choose which photo galleries to keep for testing.

I finished creating the development server on one of my local machines and added my WordPress site to it. This was a major undertaking using XAMPP, WordPress 4.41, and transferring my WordPress database to the new server. There was lots of detail in this and it took a week, several hours a day of crossing the t’s and dotting the i’s to get everything working. I do have one small (I hope) hiccup to fix, but it doesn’t affect my testing of the development site itself.

Over the next few days, weeks, or months (depending on luck/skills)…

This post should have displayed one of my photo galleries using my upgraded NextGen Plus plugin. As you can plainly see, the only thing here is text. What this tells me is, it’s time to do some major deep cleaning and some dusting of the site.

Now working on the Sept-Oct Monument Valley Ride. There will be some incredible scenery in these photo galleries.