You are here: Home » san diego 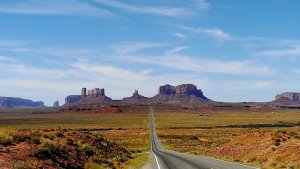 I’ve posted all photo galleries and videos of the September – October Monument Valley Ride. You will find these under Cruising in the top menu of my blog. The ride included Moab and Monument Valley, UT; Williams, Black Oak Canyon and Scottsdale, AZ; San Diego, Los Angeles, and Yosemite NP, CA; Crater Lake and Bend, OR.

We visited Rosecrans National Cemetery on Pt. Loma, San Diego. Norm and I have been here before, his father is buried in the cemetery. Through genealogy research I discovered my great-uncle, Arlee Walker’s, my namesake is also buried here. He was a MSGT in the USMC and served in WWII and Korean war. His wife, Marie Caroline (Wintermantel) Walker, was a corporal in the Marine Reserve during the war and buried with him.

I’ve added a few tidbits to the Ernest Hemingway Ride of last summer.

I also finished Day 29 which is the next to last day.

I’ve finished Day 27 of the Hemingway Quest. It’s already February and I haven’t finished the last trip, let alone my ride with Tom to Glacier NP in August and the Hell’s Canyon MC Rally Last June.

For my ex-Nav buddies, I completed the Then and Now piece of Day 26 regarding the ALNUB:

I ran out of room at Verizon who hosts my web page. I added another 50 MB but the full amount has not been added to my account yet. I’ve be through the customer service route several times and I’m now trying to contact Billing. They are only open a few hours, unless I get up at 4am and call. Until I get that straightened out, the Hog Blog will be a bit stagnant.

Two things I’ve enjoyed during the winter the past few years has been documenting the previous summer’s rides and planning next summer’s ride. Norm, my big trip riding buddy, just clucks at me when I talk about planning. I’ve documented his idea of planning before but for those who don’t know, he get’s on a motorcycle and starts riding with only a vague idea of where he will end up and how he’ll get there. To me, this is ironic for a retired Science teacher.

So, when I talk about planning, he scoffs with, “The first hiccup on the first day and all that planning goes out the window.” When I reply that I’m more optimistic he counters with, “I’m a pessimist. Pessimists are disappointed far less than optimists.” It’s hard to win an argument with him. Regardless, I still like to plan and dream during the winter.

Some of the links I’ve perused are:

I contacted Walter Muma. I had visited another part of his web site a year or so ago related to a Moped trip he made back in the ’70s from Quebec to Alaska. You must check that out. It’s an epic journey.

Walter suggested the Cabot Trail as a part of our Route in Nova Scotia. After reviewing some of the web sites above, it’s an excellent suggestion so it’s now part of our route.

I’ve also contacted Rod Banman (Road Captain) of the Goldwing Riders Association in Calgary. He responded with some good info. A piece of it being ironic. As I have read in several of the above links, after the Rockies in British Columbia and Alberta, Canada flattens out into plains from Manitoba through Saskatchewan and Canada 1 becomes boring (according to some). Rod told me to head back into the US after Alberta to avoid it. I wasn’t sure if he just wanted the Yanks out of Canada or he was hoping to prevent boredom for us. We emailed back and forth a couple of times so I’m convinced he was just being helpful, however, Norm and I’ve ridden many hundreds of miles across boring. We’ll stick to Canada. Manitoba and Saskatchewan look more like Kansas and Nebraska than southern Wyoming or South Dakota. It shouldn’t be too bad.

I also went back to The 751. It’s a road trip from 1999 by a guy who found $751 in a mud puddle and decided to ride his motorcycle until it ran out. He’s a good writer and it’s an enjoyable read. You should at least read about his “Dragonfly” image of riding at night.

The Long Ride is a link I’ve had for sometime but need to go back and look at it. The owner is an excellent photographer.

I’ll provide a map of the proposed trip later. CUL

I’m now up to Day 24, Barstow, CA of the Ernest Hemingway Quest.
http://mysite.verizon.net/hoglar/rides/07_ernest_hemingway/07_hemingway_planning.htm

I’ve been working hard on the Ernest Hemingway Quest (Key West) ride this past week. I’m up to Day 22 of 32 where you will find us camping in Grants, NM.

I’ve noticed some problems with Explorer loading pages. Sometimes they are not found, sometimes photos will not show, etc. A simple refresh usually fixes this. I’ll look into to it.

Do not hesitate to email me with suggestions, comments, or corrections.

Got up early but left late in order to miss morning rush hour. Our objective was Meester’s hooch at the end of the Nung River. We only had about 50 klicks to Meester’s place in Arcadia but it took a couple of hours due to traffic. I had a Mapquest map w/directions to his house & we drove right to it.

We sat on Meester’s patio & in the dining room reviewing the ALNUB file. This is a collection of cartoons & op-ed pieces we drew & wrote about our adventures we had during a WESTPAC tour onboard the USS Morton. Review of the ALNUB is a ritual we perform whenever we get together.
It’s much funnier now than when it actually happened to us back in ’73-’74.

Day 26 – Wed
We left early with clear skies. It was a bit chilly but we weren’t complaining after the heat of yesterday. Our goal was to reach the Cabrillo National monument at Pt. Loma in San Diego. It’s the southwestern point in the US & would make our second corner of the continental US this trip & third total.

We took I-15 south & planned to catch I-215 around LA. I missed the exit & we ended up in Santa Ana. We recouped & started again. As we took the entrance to I-5 we hit metering lights & I ended up 7-8 cars & trucks behind Norm & boxed in by traffic. The lane split & I couldn’t see him so moved as far right as I could to peek around the vehicles in front of me & caught a glance of him going right so followed. As the cars traveled up the ramp in front of me, it became obvious what I thought was Norm, was not. I spotted him traveling in a completely opposite, and correct, direction. It took a couple more exits and three phone calls to correct that mistake.

We reached Rosecrans St. In San Diego, which takes you to Pt. Loma, without any further problems. The ride up Carbon St. Monument was scenic & cool with views of the Pacific on the right & San Diego bay on the left.

There is a National Cemetery located on Pt. Loma where Norm’s father is buried. It’s a beautiful location & very impressive, even from the road. Norm peeled off here to visit his father’s grave. We met up again at the monument.

We drove back down afterward looking for a place to eat. We found Volare’s Italian restaurant, across from the Marine Corps & Navy boot camps where Norm & I had some wonderful times many years ago; he in ’67 & I in ’69.

We could not find a campground, KOA or otherwise & ended up in Walnut, CA @ a Quality Inn for the night.

Day 24 – Tue
Got a late start due to sleeping in & me updating the blog & sending post cards to my two grandsons.

Norm joked that due to the late start we wouldn’t get cold during the am ride. This became even funnier as we rode into Bullhead City in 100+ degree heat.

At one of our stops we were putting on our jackets as one of the local civilians walked by. Referring to our jackets, he asked, “is it really that cold outside?” I responded, “It’s freezing!” The guy looked perplexed so Norm tapped the armor in his arm & told that was why we wear the jackets. The guy shook his head and walked off like he thought we were nuts. Norm turned to me & said, “Never talk to people putting coats on in 100 degree heat.”

After Bullhead City we rode into Laughlin across the Colorado River. We took the Needles highway to Needles rather than US-95. This would take us ti I-40 & across the Mojave Desert. The speed was slower than 95 so it only delayed our trip into hell.

The heat was not as bad but still hot. We pulled into Ludlow, CA & drank two bottles of pop & water each after gassing up. We finished the day’s ride in Barstow.