Getting to the Trans-Labrador Highway 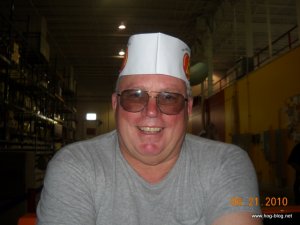 Round trip the ride was about 10k miles. There were many things to see along the way. 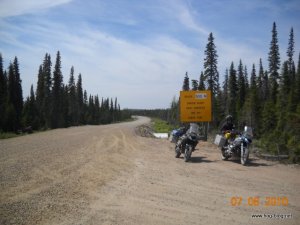 The Trans-Labrador Highway is close to 1000 miles of gravel. We rode the Trans-Lab in 2010 when it was under significant construction in preparation for paving large portions of it. Most of the road was easy gravel, though construction zones proved more difficult. These were scattered across the length of the highway every 50 miles or so. At each zone they were in a different phase of construction:

I compared each work zone to a carnival ride. You had a ticket but didn’t know what ride you were getting on.

Getting Home From the Trans-Labrador Highway

It was a long ride home as well. We had been on the road for 32 days so took a more direct route back via the Trans-Canada Highway.